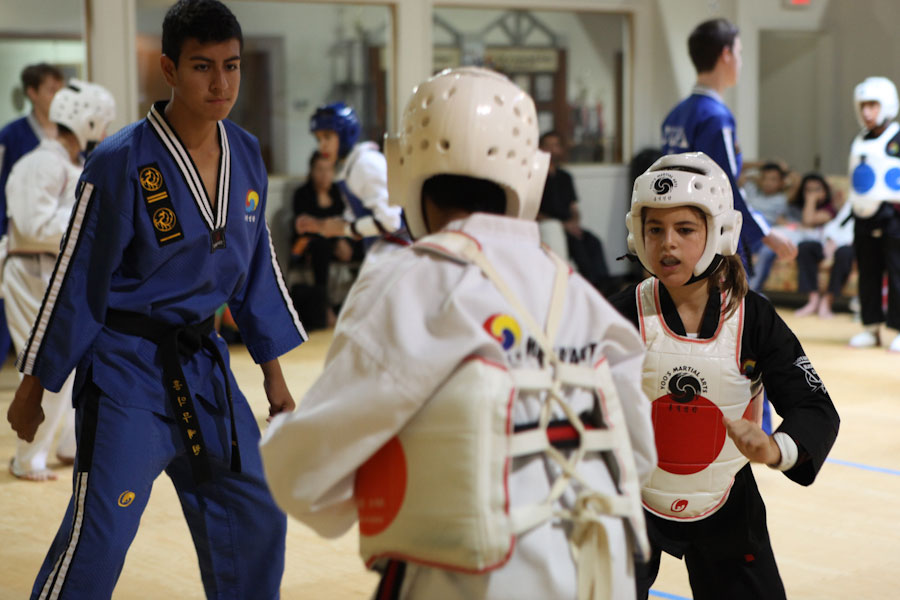 In the discipline of Taekwondo, sparring between two practitioners is known as Kyeorugi. It’s a common feature in any good
Taekwondo class, and it’s also heavily featured in most Taekwondo competitions. Taekwondo sparring is a type of mock
combat which features a realistic struggle for the upper hand without using the full power of the participant’s abilities. The
intent is to learn and practice, not to cause injuries. In formal, competitive sparring, intentionally or accidentally injuring
one’s opponent carries potentially severe penalties.

The Benefits Of Taekwondo For Children

Taekwondo is one of the most popular martial arts across the world. The American Academy of Pediatrics’ Committee on Sports Medicine and Fitness recommends this Korean martial art for children as young as 6 years old. However, you can find classes for younger children and can sign up your child for a taekwondo class once they turn 4. A lot of parents have misconceptions regarding martial arts and think that these classes will teach their children to fight or that they will learn self-defense.
There are other benefits associated with taking a taekwondo class.

Hong Ik In Gaan, “Service for the Benefits of Humanity”

– An essay by Saya Aizeki-Nevins

Taekwondo has inspired me to help my family, friends, and community in as many ways as I can. 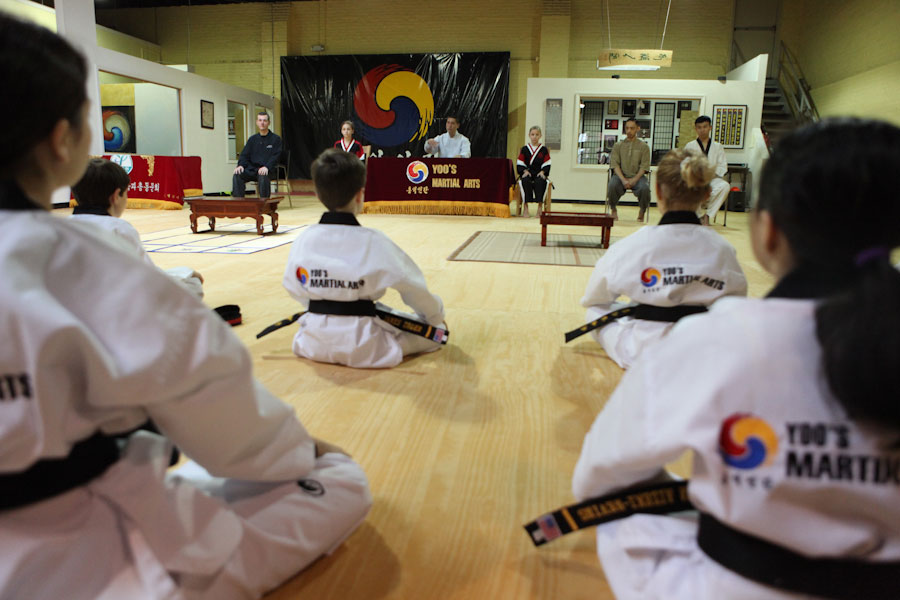 Korea and Tae Kwon Do – A Brief History

Korea has a history that is as long and as exciting as Tae Kwon Do. Originally, started by a legendary soldier king, Dongoon, the kingdom was formed into one nation from many tribes about 23 centuries before Christ. The kingdom was founded at the high point of Egypt’s existence but a few centuries prior to the Roman Empire. It lasted for over 12 centuries.