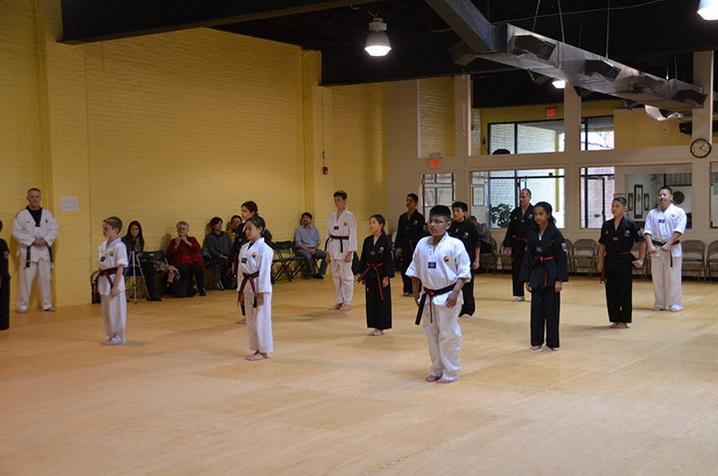 Taekwondo is a form of self-defense martial art that was developed in Korea. Contrary to what many of my fellow Taekwondo instructors or predecessors may have taught you, Taekwondo is not an ancient practice that has origins in Korea many thousands of years ago.

The martial arts of Taekwondo are actually a collection of many similar unarmed combat techniques and fundamental principles that were assembled by a number of Korean Grandmasters, including the illustrious General Choi Hong Hi, upon their return to Korea from Japan after World War II. These Grandmasters had been given the opportunity to study Karate-Do (meaning way of China Hand or way of Empty Hand) with Japanese masters while abroad. The techniques they had learned while in Japan would become the basis for the martial art they would develop.

On April 11, 1955 General Choi Hong Hi who held position in the South Korean army, began to formulate the system that tied these related martial arts forms and techniques by giving Taekwondo a foundation of principles and its name. Six years later General Choi Hong Hi became the president of the Taekwondo Association a position he would hold until his death in 2002. During his term of service General Choi Hong Hi worked with drive and passion to further the development and scientific advancement of Taekwondo.

Following is a compilation of the most significant highlights of Martial Arts history on the Korean Peninsula from ancient times to the modern era. This timeline will illustrate the development of Taekwondo as an assembled system of theory, practice and techniques that cannot be attributed to any individual. The disciplines, principles, methods, terminology and even spiritual foundations found in Taekwondo have developed from an eclectic array of regional studies and practices.

As a result, the Way or the discipline can be constantly renovated and adapted by experienced practitioners and instructors in order to keep the tradition alive and evolving with future generations who will of course be able to improve the techniques and practices while sincerely adhering to the fundamental values and principles of Taekwondo. This makes the art of Taekwondo a living practice that will be that will endure as long as it adapts to its time and place.

Importance of Learning the History of a Martial Art

Martial arts as a whole tend to suffer from being attributed to some ancient patriarch or claimed by a specific nation as their own. This is usually a matter of civic pride or opportunistic nationalism hoping to gain something from making claims to originality or purity of form or essence. Dictatorships are particularly prone to making these claims.

Instructors of Taekwondo must make it a point to dispel these notions from the minds of the practitioners they instruct by bringing to their attention the history of the art form they practice. In order to fully absorb the lessons of a martial art it is imperative to understand the history and development of the various techniques you will practice. Instructors who attempt to make associations with mythological or prehistoric origins or relegating essential purity to being the product of a single country do their students a disservice by alienating them from the source of their training.