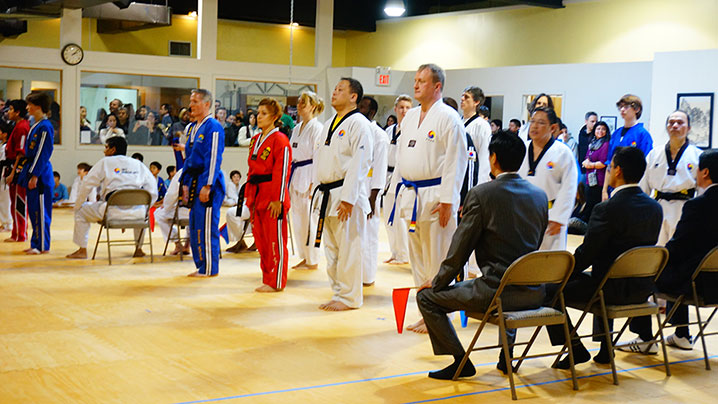 Taekwondo is one of the traditional Korean martial arts and is more than just physical combat skill. This sport appeared in Korea and has been known for more than 2000 years.

It has been created and developed by the population as a means of self-defense. Because mostly of the large number of civil wars and the difficulty of life amid fierce animals. Thus, Korean men had to think of a way to defend himself against the invaders and against animals.

Then, over the years, Taekwondo managed to become an official Olympic sport in the Olympic Games of 2000, which took place in Sydney, Australia, after it had been an exhibition sport in the previous Olympics hosted by each of the Korean cities of Seoul and Barcelona, Spanish-American and Atlanta.

Lots of people complain about their weak bodies and lots of diseases. They are trying medications, but they do not care about things which can make them avoid all of these things and in the same time, will cost them nothing. This simple thing is sport; a sport such as Taekwondo to be more precise.

So, by exercising properly and regularly, you will strengthen your body, move your muscles and are able to finally avoid diseases easily.

People obviously like different sports. Some like football , some prefer going to the gym to build their muscles.

Actually, there are many kinds of sports that are good for your health, if not all of them. However, Taekwondo has many health benefits. Taekwondo is one of the oldest sports in the world.

Enhancement Body and Spirit by Training

This sport not only teaches physical fighting skills but also shows the way to enhance your spirit by training your body. Now it has gained an international reputation and it is one of the global sports of the Olympics.

Taekwondo’s evolution gained a lot of styles from martial arts from countries like China and Japan. But Taekwondo is different from martial arts. Physically, it has active movements including foot skills and its dynamic is different too. If you want to break bricks and boards using your hands you should learn Taekwondo.