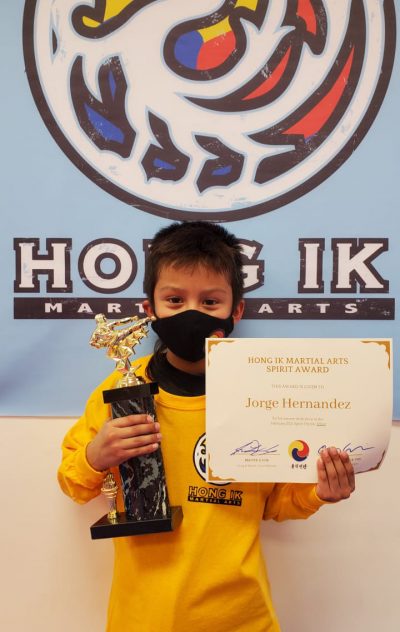 Jorge Hernandez has been training at Hong Ik Martial Arts of Mahwah for over 2 and a half years. From the very first class that he took, Jorge never took his foot off the pedal. It is clear that Jorge puts his sincere effort into each class that he comes to. Through his hard work and determination, he has reached the Red/Black Belt level and continues to work towards his black belt. Jorge has worked hard to earn this month’s Hong Ik Spirit Award!