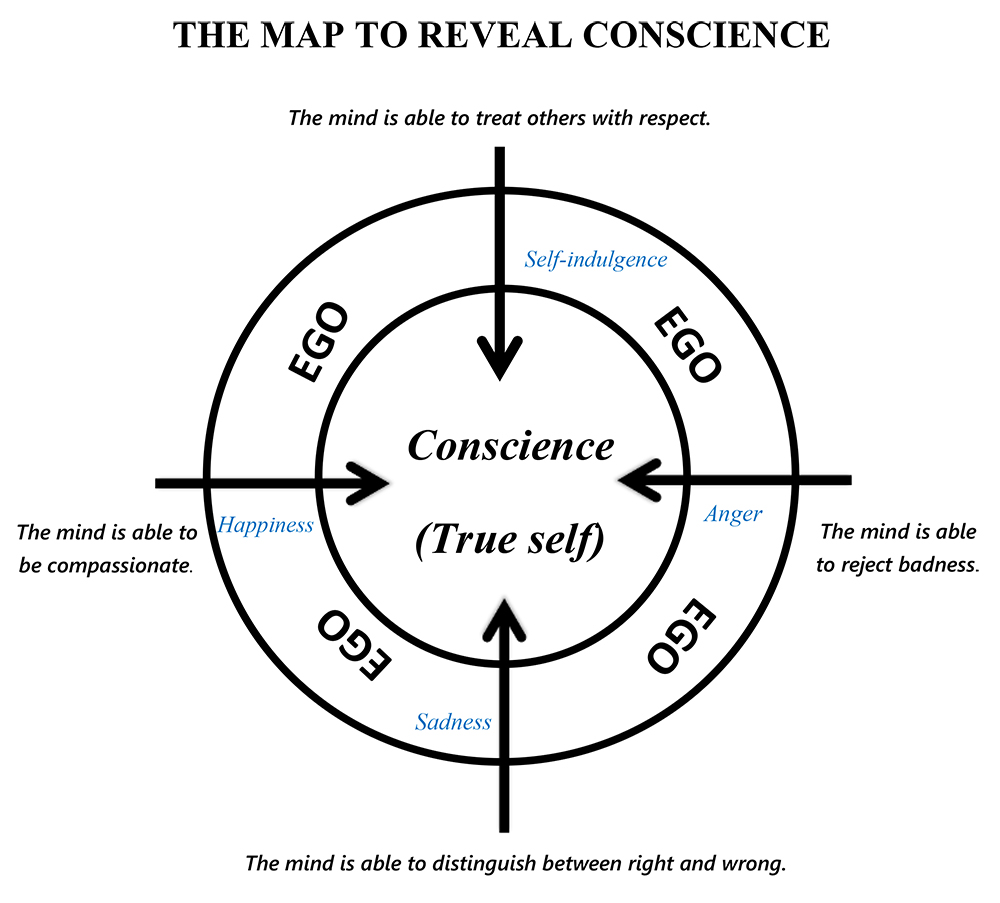 All of these factors working against our conscience are called emotions.
Here is an example of emotion and conscience:

Suppose Tommy is driving his car, and someone driving behind him keeps beeping his horn, making Tommy really upset. On the other hand, Jerry who happens to be
driving next to Tommy and also hears the beeping, is not upset at all, thinking the person beeping from behind must be busy, and allows the beeping car to pass. Now
suppose the beeping person races past both Tommy and Jerry and then crashes into a tree, becoming critically injured. When seeing this accident Tommy feel
compassion and sorry for the person who crashed, and Jerry also feels compassion.
Even though Tommy was locked into angry emotion before witnessing the crash, upon seeing the accident, his conscience was revealed and he became free of his
angry emotion.

There is a way to control emotions and deter behavior that covers up our conscience. What should we do?

Keep promises you make to yourself. For example go to bed on time to avoid unnecessary things and do your necessary work. Whether or not you believe in God,
pray on how you will prepare for your day. When difficulty comes, be strong instead of getting angry or sad. You also need to exercise at least 20 minutes a day, helping
blood circulation. Lastly, do Sushik (method of controlling emotions) at least 30 times before bedtime to take good care of your energy. If you follow these steps,
your compassion, justice, respect and wisdom will work in harmony. With consistent practice, your body and thinking pattern changes, making you ready to reveal your
conscience.