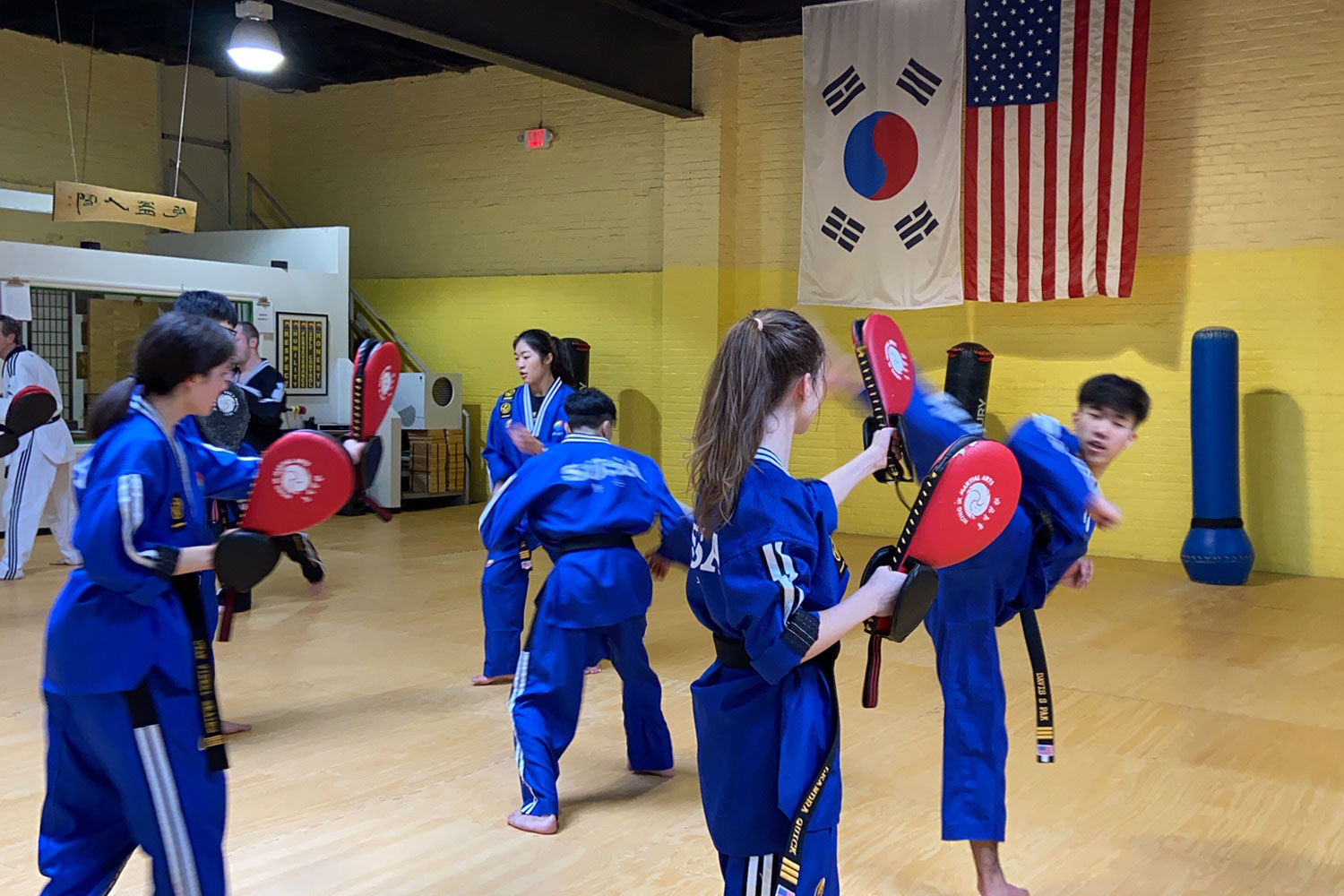 On February 16th, 2020 all Hyunsanim (Masters) and Susa (Hong Ik Leaders) gathered to train with Grand Master Yoo at the Tarrytown Headquarters. Generally, during HST, there are various exercises, drills and methods discussed and practiced. This article will detail the methods and techniques practiced on this day and explain the benefits that can be received from their practice.

The class opened with partner exercises. Grand Master Yoo taught a pattern of movements that can be done with a partner. Two patterns were learned; Pattern A – horizontal claps, elbow strikes and low claps and Pattern B – horizontal claps, palm blocks and low claps. The benefit of practicing these patterns with a partner comes from the need to have one stream of awareness. If distracted, the exercise becomes impossible, with continued changes, the need to focus remains constant. There is also an added benefit of satisfaction that harmonizing with a partner brings once the exercise is thoroughly understood.

Following the partner training, Grand Master Yoo lead the class through a 3 stage Martial Arts Kigong Routine. Stage one was simple: 3 steps in 4 directions, all with forward stance and a single punch. It is always emphasized to push your back heel into the ground and to straighten the back knee completely. When this action is performed, maximum power will be distributed from core to fist while allowing for complete stability in motion. The second stage of the Kigong added a simple spin with outer block and punch on the final step of each direction. It was emphasized to turn the front foot inwards before spinning to facilitate a smooth motion. Often times when turning, if your toes are first to move, the posture will more easily fall into place after the motion is completed. The third stage of the Kigong was the most complex. It brought together the benefits from the first two stages and added the need for a steady stream of awareness. The description will be difficult to picture, so it will be left out, but the need for participants to clear their mind, and unify their attention on the task created a new level of collective concentration in the class.

Immediately preceding the Kigong, a drill involving a series of kicks and punches were practiced. This drill consisted of 2 punches, slide back, 2 punches, slide back and another 2 punches. After the third double punch, front snap kick and roundhouse kick brought students back to where they began. The drill was then repeated. After some practice, the class paired up and began the pattern with targets. During this time, the class energy peaked and all participants began sweating and burning energy.

Lastly, and before Grand Master Yoo’s lecture, a simple holding posture was taught, to channel the active energy that had risen during the target training. The Kigong included a left and right side holding pose, and a holding tree pose, where both arms expended to the front, knees were bent slightly and awareness was placed on the breath and energy sense on the palms. All participants experienced accumulating energy, with intense energy turning into calm and stable energy.