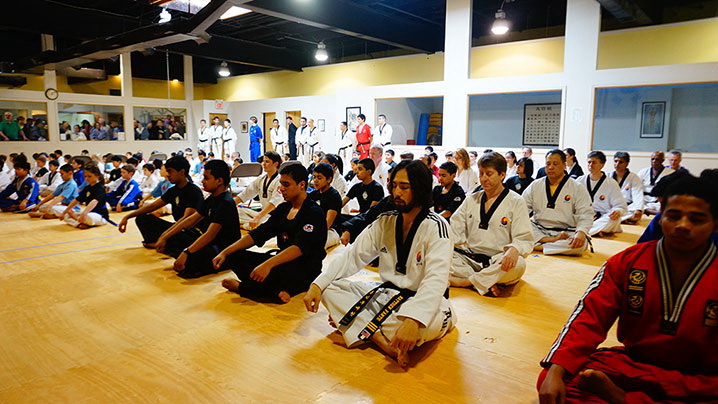 A Look at Taekwondo and Other Martial Arts

Taekwondo is one of many martial arts that are enjoying a fresh round of popularity at the moment. Taekwondo is striking martial arts that come from Korea. It has a heavy emphasis on kicking, although punching is also taught. Some Takewondo schools teach a small amount of takedowns and grappling too, although this varies from school to school.

Taekwondo students learn forms, which would be called ‘kata’ in Japanese martial arts. These are pre-rehearsed movements that are used to train certain muscles and help the student practice chaining various moves together. According to the lore of the martial art, some forms are supposed to be re-enactments of various battles, however others, such as the Heian forms, are ‘student forms’ which were created specifically for the purposes of practicing certain kicking and punching movements and stances.

Taekwondo has two main associations, one which is focused on the performance side of things, where practitioners do a lot of high kicks, spinning kicks and other difficult, flashing moves, and another which focuses more on the combat side of the sport, and does a lot of sparring. The two biggest associations are the World Taekwondo Federation and the International Taekwondo Federation. There are others, such as the American Taekwondo Federation, that are also quite popular, and that emphasize other aspects of the art.

Taekwondo students were a dobok, which looks a lot like a Japanese karate gi. They earn belts, but the belt system is based on ranks called the ‘Gup’, rather than the Kyu system that is used in Karate, or the simple naming of the belts that is done in Brazilian Jiu Jitsu.

Taekwondo competitions are based around points sparring, and the students wear protective gear in these competitions. Contact is allowed, but because the round is paused when contact is made some practitioners of other martial arts such as Muay Thai question the realism of the sparring.

Taekwondo is a sport that appeals to all age groups, although it does seem to attract more teenagers than younger children or older adults, unlike Judo which skews younger, and Brazilian Jiu Jitsu which tends to appeal to an older and more affluent demographic. The low cost of Taekwondo sessions, and the fact that contact is allowed during the sparring sessions, plus the flashy appearance of the kicks may help to explain the appeal of the sport.

Whether you are interested in fitness, discipline, self-defense or sport, we will work hard to ensure that you receive the best in your training. You will learn to challenge yourself both physically and mentally. Self-improvement and confidence are stressed as important goals of martial arts training. Everyone at Yoo’s Martial Arts is sure to experience a positive and uplifting experience.