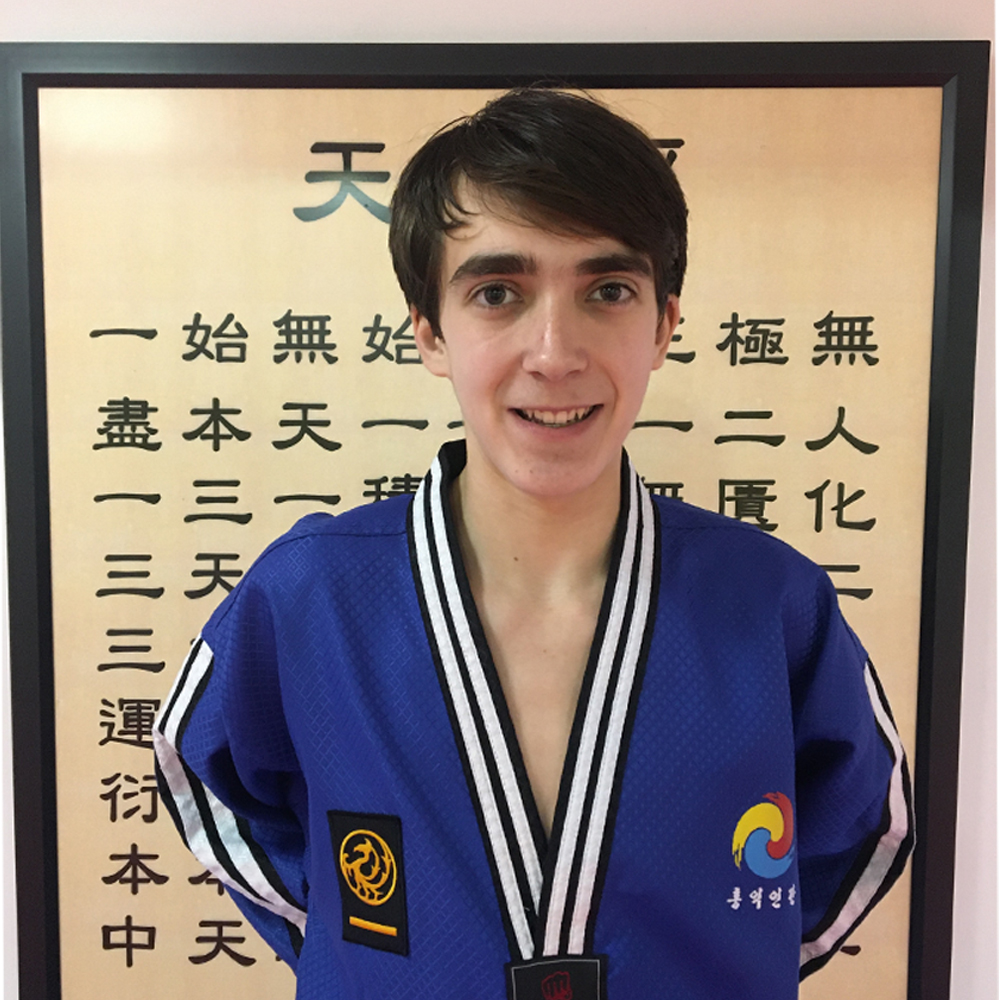 A Journey to SUSA – Hong Ik Martial Arts of Tarrytown

My son, Devin, has been very fortunate to have a friend encourage him to try a trial membership at what was then Yoo’s Martial Arts. My son enjoyed attending the trial classes so much that we signed him up for two years.
I have seen my son grow so much from his classes and how he has been encouraged not just in the physical aspect of Tae Kwon Do but through the lessons Master Yoo teaches to increase the conscience and calm through meditation.
After my son achieved his black belt I feared that he might lose focus and feel that he had reached his goal. However, he actually became more dedicated and determined to achieve more. He tested to become a MUSA and did not pass the test. He did not let that deter him and he redoubled his efforts and began additional sit-ups and push- ups to help prepare for the test in the next year. As he worked toward his new goal he also completed his 2nd degree black belt. During this time he began to realize that being a SUSA might be a better fit for him. Master Vanover also mentioned that he thought SUSA would be a good fit for his personality. He passed his test and now is a new SUSA learning even more lessons that will serve him well
where ever he goes in his future.
I cannot speak highly enough how years of lessons have helped Devin gain so many skills, including responsibility, self-control and patience. He has also gained a sense of self-esteem from what he has achieved so far, while also knowing there is so much more to learn and achieve.