Hong Ik Martial Arts > Blog  > What is The Taekwondo Spirit? 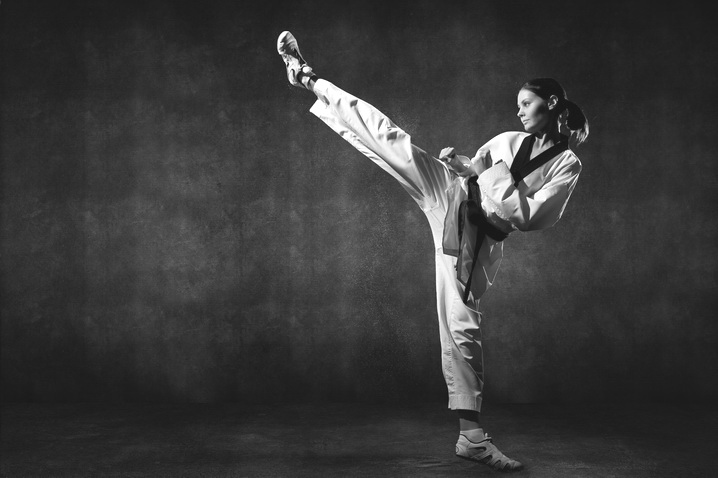 What is The Taekwondo Spirit?

Taekwondo is a Korean martial art that has strong traditional roots but also has some elements of science to it. Taekwondo, at its heart, is a fighting system, but it has some strong sporting elements and it also has internal elements, which help to develop the mental strength and the ethics of Taekwondo practitioners.

The Taekwondo spirit can be described by the ‘do’ part of Taekwondo. The ‘do’ involves the advancement of both your mind and your way of life, and includes the Taekwondo etiquette and mind training – the meditative aspects of the forms, and the way that people focus on developing concentration as well as physical strength.

The sport of Taekwondo

The sport of Taekwondo is just one aspect of training, and the fighting skill (and the scientific and biomechanical parts of that) is another aspect. To become a true Taekwondo practitioner, however, you must train both the mind and the body.

Taekwondo was developed in Korea, but it takes inspiration from a lot of other martial arts from other countries, and features elements of oriental arts in its forms and movements. The same can be said the other way around, too, with other arts such as Shukokai Karate borrowing some Taekwondo forms for their kata.

While there are similarities in the movements, other martial arts tend to use different intensities. Taekwondo is a very dynamic art and it places a very heavy emphasis on kicking (although punching is a part of the art. In addition, the principles of motion that apply to Taekwondo are often best trained through a combination of spiritual training as well as physical training. Those who practice the philosophical aspects of the art often find it easier to master the physical movements.

Taekwondo uses active poses, and a part of its beauty comes from how dynamic it is. The art uses harmonized growth and improvement – it encourages people to overcome opposition, and to do so in a controlled and thoughtful manner.

Those who see Taekwondo as just a fighting skill are missing out on a huge part of the spirit of the art. The culture and lifestyle behind it are equally important, and it is important that people learn the spirit of the art from day one. A beginner should learn not just how to kick, but also how to think, because the sooner they get the right frame of reference, the sooner they will be able to develop as a martial artist.

This Mastering Taekwondo means harmonizing both the literal and the martial aspects of training. The theoretical aspects of the art might not appeal so much to a young practitioner, but they are the parts of the art that offer so much benefit to people in their day-to-day lives. They are the parts that will stay with the practitioner even as they get older and are no longer able to play the sport, and they are the parts that will enrich and benefit everyone around them. That is what is meant by the Taekwondo Spirit.

Blog
Why Does The Olympics Only Include Taekwondo As The Only Eastern Martial Art? Previous
Journey to Become Master Beusse Next