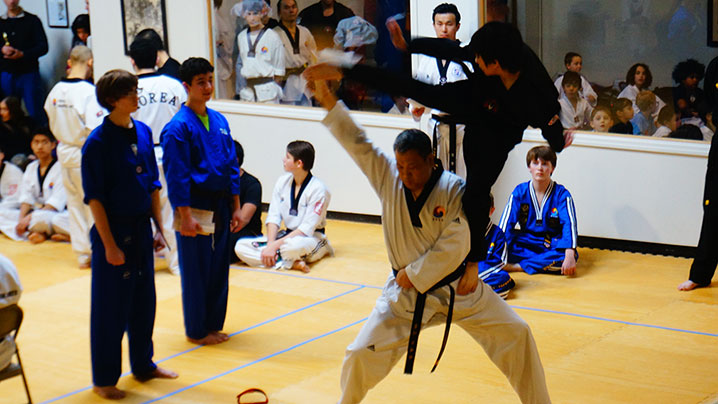 The Philosophy of Taekwondo

Taekwondo has been in existence for many years. However, many people do not know its philosophy and some have an idea by reading the available books that make is easier to forget than most of the other activities. The philosophy of Taekwondo is part of our lives, and it is hard to assume its philosophy.

Its philosophy is that it is one the many actions that one can easily learn as it becomes part of our being. The taekwondo has its values of the movements and changes of our bodies. This means it is okay to say that it is also a philosophy of its own. To understand the values of taekwondo, it is important to try it first and have the first experience that change the way life will present itself to you. There are some principles or values of taekwondo, and it is good to understand them in this simple way as explained here. These are the principle of “Eum” (Negative or Darkness), “Yang” (the Positive or the Brightness) and “Sam Jae” (three Elements). From the understanding of “Sam Jae”, Cheon is the heaven, “Ji “ the earth and `In” the man and the value that concerns them. Most of the countries that practice the taekwondo believe that it is the core instrument that transforms everything all over the world. From the “Book of Changes”, the “Eight Trigrams for Divination, it continues to put more reasoning on the changes of the surrounding. This has been seen mostly in Korea. The principle or value of Yang and Eum continues to show that most of the Oriental countries take it as the center part of their lives. The Great Absolute by Taegeuk also continues to emphasize the different part of changes; however, it claims that Yang and Eum are the same and one thing. When Taekwondo is well understood, it helps to accept change each and every day and to face any challenges that life might offer us.

What Exactly Is The Philosophy Of Taekwondo?

Taekwondo is believed to have thoughts that the people of Korea (Han) started from many years ago. You can understand better its own philosophy when you learn more from Hwarangdo, Jaesa-Ihwa, or the Hongik-Ingan spirit. Jaese-Ihwa and Hongik-Ingan were the fundamental and the original ideologies of the Tangun Chosun foundation. After some time, these thoughts were developed in both the Taekwondo and the Hwarangdo spirit until today. Now, we can take a look contents found in the principle of philosophy.

Hongik-Ingan means the worldwide welfare of the humankind. The thoughts started from Tangun and with the spirit of Taekwondo, the idea from Hongik-Ingan is made alive. This explains why the need of the work used in Taekwondo, which means continuous fighting and the ability to induce peace. On the other hand, you will learn that Jaese-Ihawa translates to the point that the universe has the knowledge according to the reasons and purpose of heaven. You should also understand that taekwondo is not to be confused with just movements, but it is a principle in itself. It has been the traditional way of Korea where the martial art gives more meaning to the mind, body and life itself. When trained in the correct way, it adds more meaning to the fact that Jaese-Ihwa sees it as the core reason of the heavens. This is why human beings need to take it more seriously and understand its meaning. The myth of Jaese-Ihwa and Hongik-Ingan gives the Koreans the myth of its foundation. In early days of the nation, Hwan-Wung discovered the nation of Baedal which is considered to be one of the first names in the Korea history. He continued to show the true meaning of national foundation to be Jaese-Ihwa which means educating people with the idea of heaven and also the Hongik-Ingan that explains the universal welfare of the humankind.