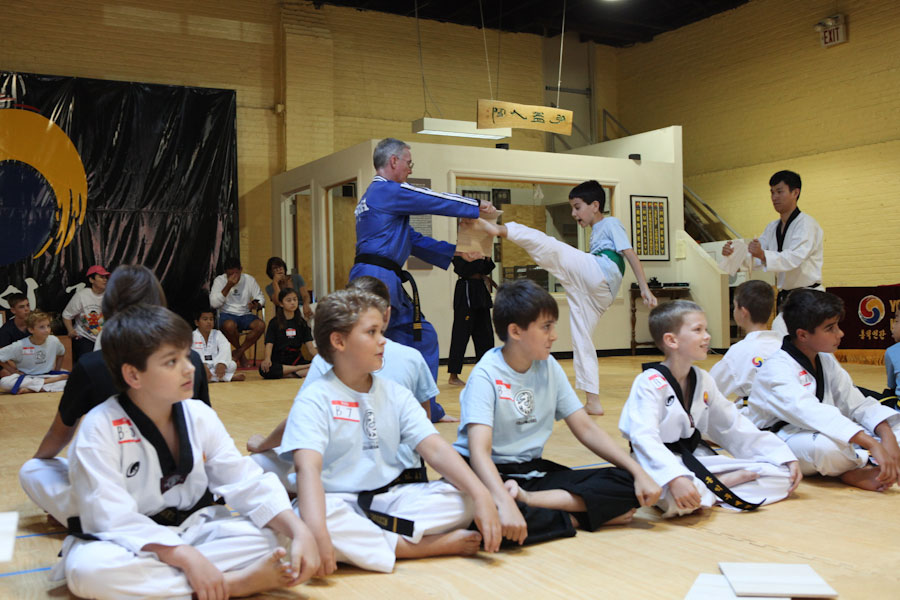 The Philosophies Related To Taekwondo | Paraphrased from wtf.org

The philosophy associated with Taekwondo is regarded as special, but many ask what makes it special? When learning philosophies read from books, we often forget them as soon as we have read them due to the fact that they are not associated with our real lives. But when it comes to Taekwondo, it is very connected to our actual lives just like every move we make, meaning we will never forget the philosophies.

These philosophies are based on actions which are able to be learned from different action along with everyday activities. Taekwondo philosophy is a representation of these principles in regards to changes as well as movements that occur in human-beings. It is also a representation of the principles of our own lives, due to the fact that life involves our movements. For this reason Taekwondo is one philosophy in it very self. You can begin to understand Taekwondo philosophies in the way of doing Taekwondo. This understanding is believed to lead to a better understanding which should result in an enhancement of your life.

The principles related to Taekwondo are explained in various ways, however here is a simple explanation involving the 2 main principles:

Sam Jae which is the Three Elements known as which is the Heavens, which is the Earth and the which is Man.
In the Asian culture, the term Sam Jae is recognized as a central principle which explains changes relating to everything that happens in the world. The Sam Jae and changes relating to Eum and Yang which make up the Eight Trigrams for Divination which are stated in the I Ching Book of Changes Principles of the Sam Jae are e emphasized in the Asian countries particularly in Korea. To understand Taekwondo is to gain an understanding of all spiritual depth and the skills of Taekwondo.

Eum which is known as the darkness or the negative and Yang which is known as the light or the positive.
The principle known as Eum and Yang is also emphasized in the Asian countries as the main principle relating to life. The principle is based on that everything in life will possess opposite sides. The principle is an explanation for many forms in changes, however, it is derived from the Great Absolute Taegeuk that represents an ultimate claim involving that Eum and Yang are one as well as the linked to the same-thing.

When understanding Taekwondo in association to this particular principle, you will find an answer as well as continuous changes in our skills, it means we will avoid becoming stuck in any type of situation. Once gaining an understanding of the Taekwondo principles we can find the correct way to truly understand as well as develop the way we currently live.

Taekwondo consists of the thoughts from the Korean (Han) people that have progressed and developed throughout history. This philosophy is more easily explained with the Hwarangdo spirit or, Jaese-Ihawa and Hongik-Ingan.

The Jaese-Ihwa and Hongik-Ingan were the ideologies of the Tangun Chosun foundation as well as fundamental thoughts relating to the Han people.
The Hongik-Ingan which means the universal welfare of mankind was an idea for the Tangun national foundation, while the Taekwondo spirit has also inherited this idea of the Hongik-Ingan. This is confirmed with the actual word Taekwondo which is translated into suppressing fighting as well as to induce peace.
The term Jaese-Ihwa is translated into the world is educated in accordance with the reason of heaven. In Taekwondo, it is based on principles opposed to just connections in association to movements. It is explained as the Korean martial art that is characterized by a trinity involving the mind, body and life.