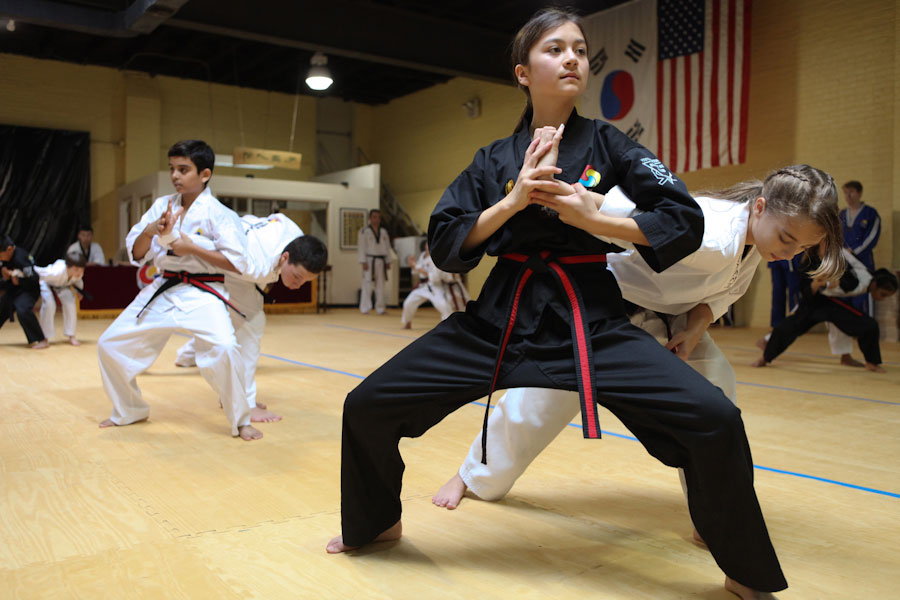 The Original Spirit of Tae Kwon Do

Korean ancestors endured many natural disasters and went through many restrictions in their ordinary life experiences. It was because of this that they learned to rely upon their spiritual connections found between themselves, nature and the heavens, the sun, moon and rain. The Han people eventually developed tribal and agricultural communities which, once established, enabled them to arrive at a seon or a sense of impeccable virtuousness which they placed first and foremost as their philosophical beliefs.

Eventually, Buddhism and Confucianism were to rule over the Korean people. It happened for such a long period, that generations became devoted to their nation and to their society without subjecting themselves to personal avarice. They worked to cultivate their spirits, their minds and their bodies.

The Koreans have a traditional belief that good thoughts are cultivated by loyalty to their country and to being pious in their daily life. This belief comes through in the art of Tae Kwon Do. This takes its root in the instinct of man to survive by protecting himself. Using bare-handed skills, they developed a systematic martial art during the three-kingdom era which became known as Tae Kwon Do.

The three kingdoms included the Silla, Koguryo and Paekje kingdoms. Each was antagonistic among themselves in the respective hope of trying to create unification of the Korean nation. They each had to defend themselves against threats from China and Japan.

Each kingdom worked, initially, to create national unity first and foremost. They each stressed the importance of using spirit in terms of national defense among each other. This was the spirit of seon and all its philosophy embodies. Warriors began to accept it as martial spirit.

In the Silla kingdom they focused on the youth warriors. This was called hwarangdo and was the embodiment of the inheritance of this spirit of unification for Korea. They held firm in the view that the cohesiveness of the nation came from their thoughts of loyalty and brotherhood. One of the most important tenets of this spirit was that no one was to retreat from a fight.

Another virtue behind Tae Kwon Do was the practical virtue of ethics. They vowed never to commit ethical betrayals to their social obligations. These spiritual tenets allowed the hwarangs from Silla to defend not only their own kingdom but also conquer two others which thereby unified the Korean peninsula.
The hwarangdo spirit has been inherited into the Korean’s traditions and is still a part of the seon philosophy. It is this spirit that propelled Tae Kwon Do to be full of courage, no retreating, and loyalty to the nation and each other above all. There is also consistency in thoughts being aligned with actions which have also been handed down to the present in Korea.