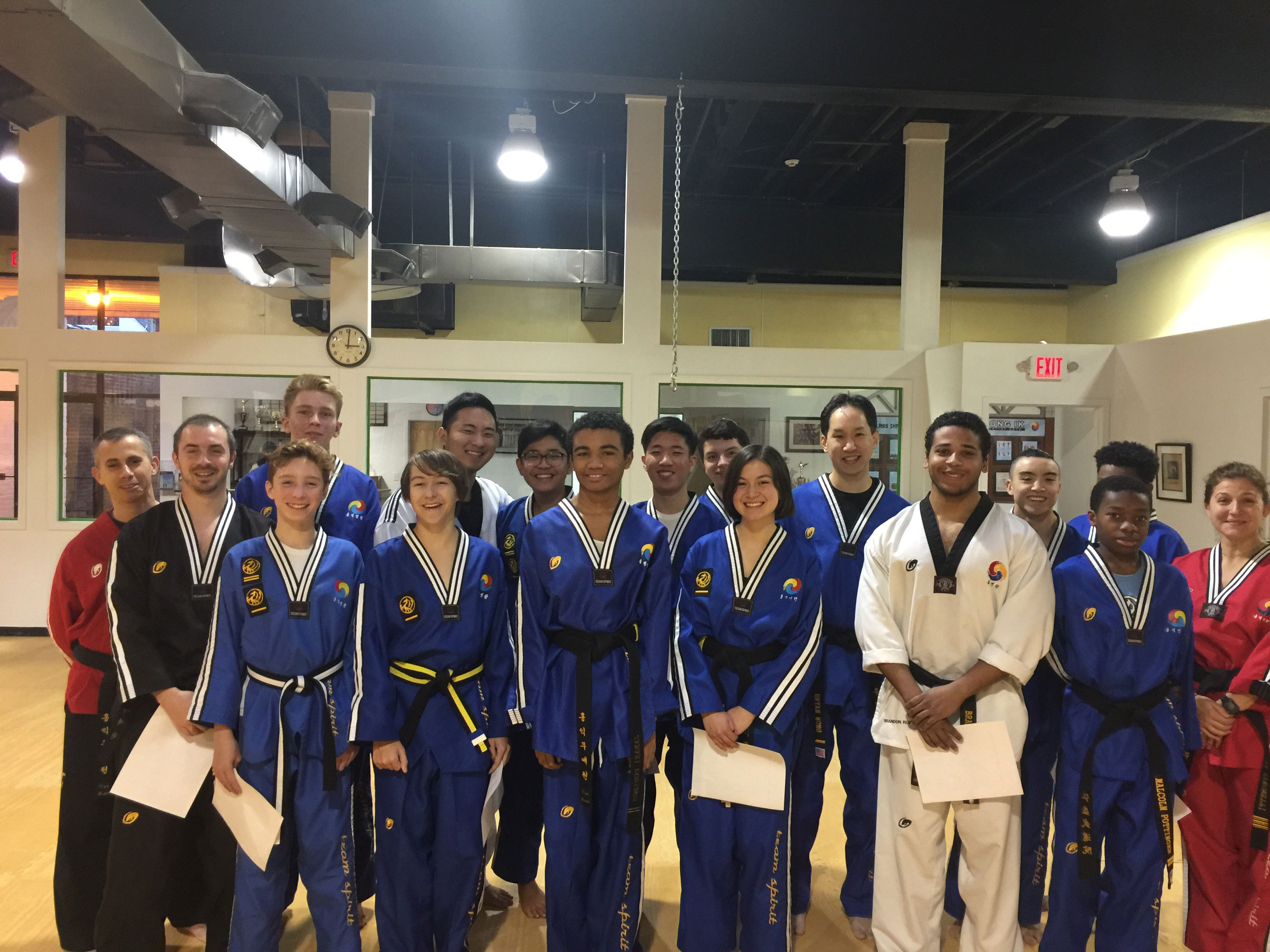 The Physical Training Section started off with block-punch training with an emphasis on using the core to produce power on the punch.  Leaders then moved to the back of the room and began practicing rhythmic kicking combinations: front-snap kick 3 times with two steps forwards; front-snap kick 2 times with two steps after; front snap kick roundhouse-kick back-kick with two steps after. After practicing this and getting used to the flow and rhythm, the last two kicks were combined to make jumping kicks. For example, 3 front-snap kicks became front-snap kick then double front-snap kick in the air. That pattern was continued for each combination, and practiced back and forth until the leaders became comfortable with the techniques. After kicking combinations we began practicing one on one combat drills. It is important for leaders to gain experience in combative sparring so they can provide their knowledge and experience to their peers while teaching.

During the teaching application section, leaders were given a list of kicks from basic to more advanced with teaching instructions written next to the kicks. Leaders practiced teaching each kick and learned the importance of engaging with the students and providing clear direction. For example, instead of just showing a technique and telling the student to perform it, leaders were encouraged to break the technique down for the student step by step to guide them through it.

After the physical training we moved to the small room and began principle studies. Leaders studied the meaning of “Oh Haeng” which translates to 5 Elements Earth, Fire, Metal, Tree and Water, and their material and philosophical understandings. The 5 elements have a creation and destruction cycle, extremes, reversals and restraints, all of which can be applied philosophically to human characteristics. Fire represents Passion or Respect, Tree represents Compassion, Water represents Wisdom, Metal represents Justice and Earth is a neutral uniting force for all elements. “Oh Haeng” will be continued in the next HST Class.