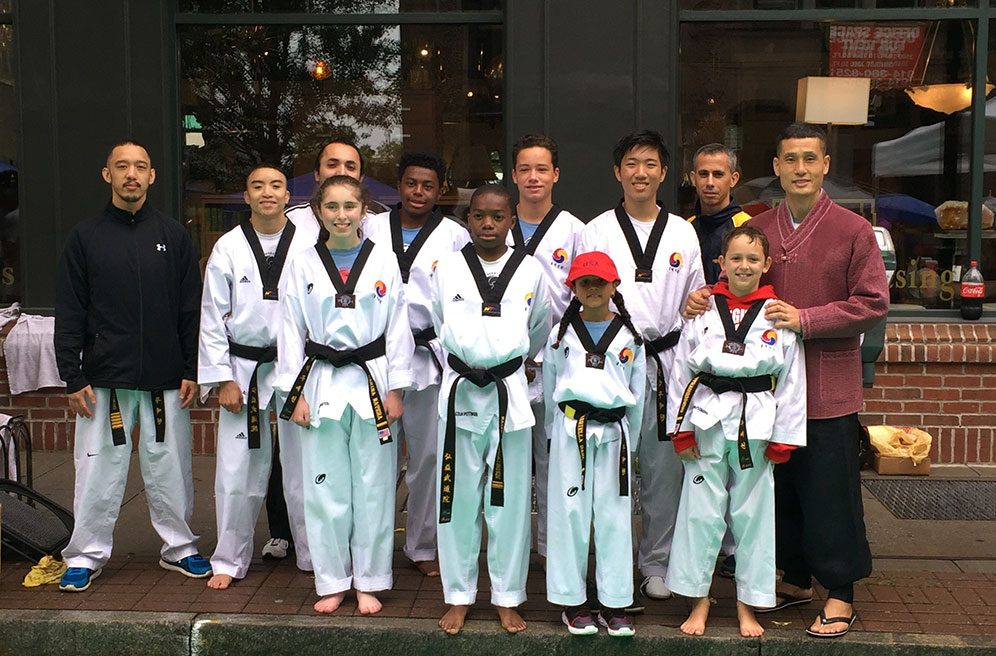 This month’s HST was held on July 21st in Tarrytown. Following a group warmup, Grand Master Yoo guided the leadership group into training methods for their own personal growth.  It was based on very basic striking and blocking techniques but in a 4 directional format.  The purpose is to do physical movements which will awaken the synapses in our brain.  Through this, we can change our perspective in other areas of our lives.  Another point that was made is to continue with sincere concentration even after a movement has clicked initially.  By keeping a humble mind, we can elevate into higher levels of insight.   After the basic stance and block Ki Gong training, the Susas and Hyunsas went into rising, front snap, round house, and side kick.  But similar to the previous set, these were done in combinations which had the students have to remain in the present moment, otherwise our habitual ways of throwing combinations would surface.  Following this, 2 kick combinations like front snap jumping front snap kick and round house kick jumping round house kick were sharpened.  These followed the same theme of throwing basic kicks in an unconventional way to challenge our brain.

The HST class concluded with the students forming 4 teams with each individual having a focus pad.  The team needed to keep a foam ball off the ground until it was hit a total of 21 times.  One team succeeded in doing that.  However, all teams succeeded in having a wonderful time.