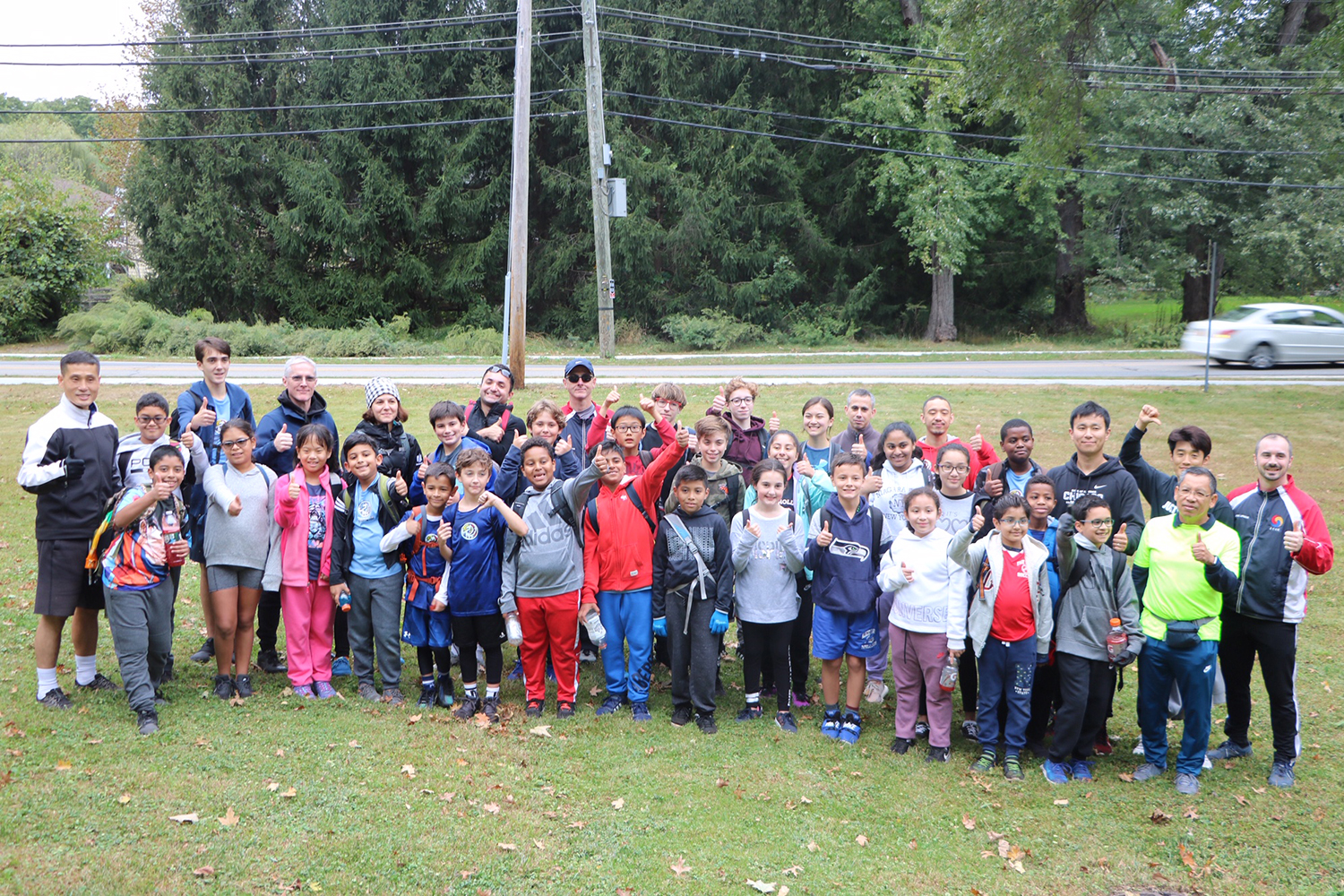 The outdoor portion of this year’s Black Belt Test was held on Sunday October 6th. Approximately thirty candidates arrived before dawn at around 6:30am near the Pocantico Hills Fire Station. After a brief warm-up, candidates embarked on the test adventure in the Rockefeller Park trails with Grand Master Yoo and six HyunSa.

Candidates were challenged to face and accept difficulties with patience. They had to learn to trust their ability to accomplish difficult tasks with maximum effort. Through self-motivation, they raised their courage to a new level which they probably never experienced before.

The test was also a collaborative effort through which candidates learned that with a collective approach, energy can grow and even double. Each candidate realized he or she was not alone and had the support and energy connection of their fellows, with spontaneous cheering, high-fives, and clapping encouraging them.

Students were warmly received by their families around 9am, with six days of recovery leading to their indoor test the following Saturday.

We trust this was a memorable day for all candidates and appreciate the support provided by their families and friends!