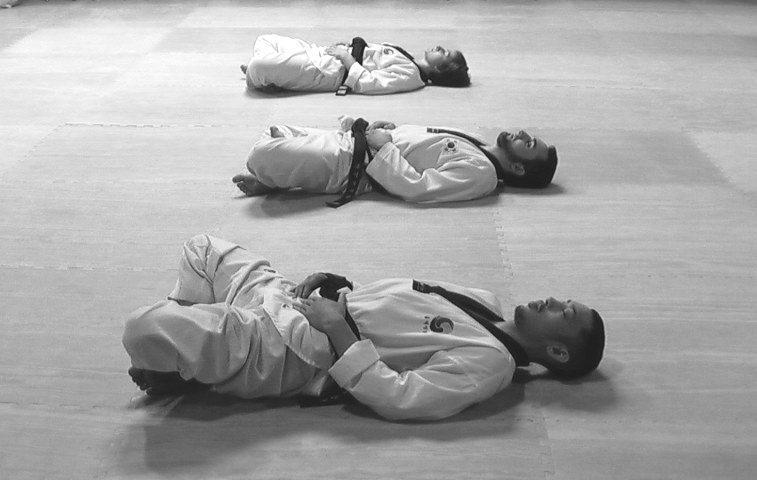 Discover The Peaceful Philosophy Of Tae Kwon Do

Tae Kwon Do, while being a fighting art, has a philosophy of peace and its purpose is to bring about a more peaceful world. In its efforts toward this goal, it starts by building the individual. Through its practice and teachings, it works toward building a person with strong character, a good personality, and one who is moral and ethical in daily life.

The Tae Kwon Do Spirit

It is believed that an individual with these traits can help bring about a peaceful world. Some of the values Tae Kwon Do works to instill in its participants are courage, goodwill toward others, integrity, humility and self-control along with loyalty and perseverance. To achieve all that is aspired to takes an iron will and determination. So much so, that many never achieve the highest levels of development.

It is through mental, physical and spiritual training and effort that these persons build their character and image and will determine how they are perceived by others. Those that train hard enough and long enough develop their character such that they then case pass those traits onto others.

For the Peaceful World

The student becomes the teacher and passes on the true nature and intention of Tae Kwon Do both through the act of teaching, and by the way in which he acts in the world and with others. By starting with one person, that person takes all he has learned and starts a family. The one family becomes a community of families with the character to bring peace. That peaceful community of families becomes a nation of peaceful families. As this extends to all nations, a peaceful world is achieved. It all starts with one person.

The one person becomes a group of people and from these the training schools come into being. As these schools develop practitioners, these people go out into the world and develop or join organizations that influence others in the way of Tae Kwon Do. This good will and philosophy of peace grows into whole families, then to whole communities and eventually into entire nations. As one nation and then another is influenced, the nation’s unite into a world of nations for peace and goodwill.

Both at the individual level and the world level and all levels in-between, the task if achieving a lofty goal of world peace is not easy. But Tae Kwon Do is not the easy way, but the way of the peaceful warrior. Just as the individual must start at the beginning with only a white belt, then progress all the way to black-belt and eventually to become a true master, so is the way of a peaceful and unified world of nations.

The origin of one’s birth or their color or creed is not a determining factor in becoming a peaceful warrior. It is a matter of developing one’s character, spirit and body into someone who leads by setting the example. Peace is first achieved with-in. Only when a warrior finds peace with-in can he show it outwardly. The color or religion or birthplace does not determine this, it is training and determination that leads down the path to peaceful enlightenment.

Purpose of the training with-in Tae Kwon Do

The purpose of the training with-in Tae Kwon Do is to develop the nature of a person to achieve in-ward peace. By working with the person’s spirit and their mind and their body, it nurtures the character of peace. The only way to gain mastery over the art is to first master you. This strengthens character, builds confidence and self-control which all leads down the road to peace with-in which opens the possibility of peace with-out.

The art known as Tae Kwon Do is doing its part in bringing a peaceful world through its training and philosophy. As a teacher of this art, I am doing all I can to bring forth peace through my teaching and guidance. You as a student and practitioner can also help bring forth this peace through prayer and practice.

It is possible that we may not see the final target achieved in our own lifetime, but through the practice of Tae Kwon Do we can see the seeds planted and the roots that will inevitably spread forth as a direct response to our efforts and training.